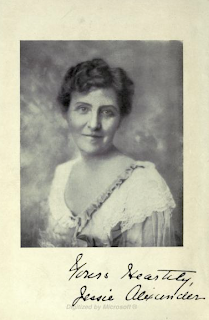 Boiling it down, the basic premise for my project about internet genealogy will be a reflection on how the digitization of so many historical records affects our understanding about the past.

I guess that the hidden assumption here is that communication media are as important to an interpretation of the past as the content of that media. The availability of historical records online has radically changed the practice of genealogy. Even as little as ten years ago, anyone who wanted to seriously pursue genealogy or family history had to spend a lot of time doing grueling searches on microfilm in deathly quiet archives. While this is sometimes still necessary (a lot still has yet to be digitized), there is plenty available online to keep a researcher going. And it grows everyday. What is available online is usually both indexed and searchable. Some genealogy websites even search automatically for records relating to individuals on your trees. A lot of the basic research becomes effortless.

I think that the immediacy of these historical documents has done two things to my perception of the past. First, it has forced me to seriously question my assumptions about the past, particularly assumptions about the roles that women played in society. I think that is a rather common assumption that before the mid-twentieth century, women stayed at home and looked after children and the household. Of course, this is mostly true, but not totally correct, particularly in Victorian England. I cannot tell you how many examples I have come across of women who were masters accepting apprentices, women who worked in factories, women who worked at home, and women who had non-traditional occupations such as “warehouse manager”. Similarly, I have found plenty of evidence that women had sex before marriage (the records don’t lie), that they married younger men ALL the time, and that they sent their children to “daycare”(i.e., old women in the neighbourhood looking to support themselves). The past was not as simple as we want it to be. I have thought a lot about why we have such monolithic ideas about what previous generations have done. For one, I think we are restricted by living memory. The past is only what is accessible through our parents and, to a certain degree, through our grandparents. Living memory can, at the most, only account for about 100 years. More importantly, however, I realized that the past is a critical tool for understanding the present and it works best when it is either something that should be emulated or something that should never be repeated. We need the rhetorical “other” of the past to understand ourselves. I can only understand myself as a working mother in contrast to my mother and my grandmother who were stay-at-home mothers. A great-grandmother or great-great-grandmother who took over the family factory when her husband died gets lost in the need for a stronger, more diametric rhetorical need to position the present as “new and different”. Through my ability to access historical documents online, however, these assumptions have started to break down for me, and break down further the more research that I do and the more mistakes that I make based on faulty assumptions. For me, this is an enjoyable part of the process — it is like travelling without leaving the living room. I’m constantly setting myself aside and trying to reposition myself in that culture so that I can understand.

The second change that I have noticed in my conception in my past has to do with my understanding of “lifetime”. One day, I busily clicking on buttons to automatically fill in my tree with new, distant cousins, I realized that I was filling in a hundred years of history in less than five minutes. I was skipping over generous lifetimes in a mere second. When I realized this, I thought about my own lifetime and how intractable and whole it seems to me, and how I too will at one point become a set of dates on someone tree, the whole of my lifetime boiled down into dates. It shocked me and made me feel callous — surely these people deserve more of my time than a click of the button allows. It made me think of the Star Trek episode where Captain Picard experiences a lifetime virtually in a physically small span of time, the difference being, of course, that my virtual experience was NOT providing me with the true essence of this lifetime. The human details get easily lost in the big picture.

I’m not sure where I am going with this, but ideas are welcome!

Jessie Alexander was my great-great-great-aunt. Or something like this. She led an unusual life for a woman of that time. She was a well-known elocutionist in Canada who travelled throughout the country giving performances in the late 19th and early 20th century. She married her elocution professor later in life and had one child. She wrote two books with her elocution sketches. If I ever write a biography on one of my relatives, she’s going to be the one!